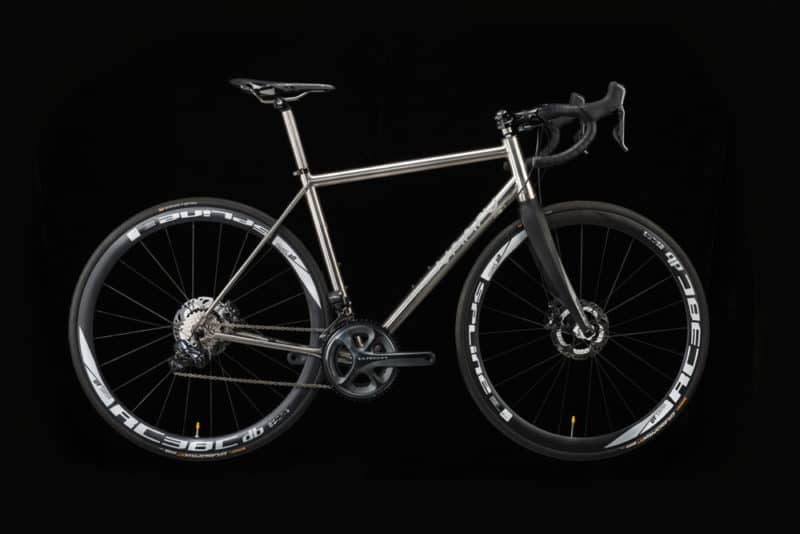 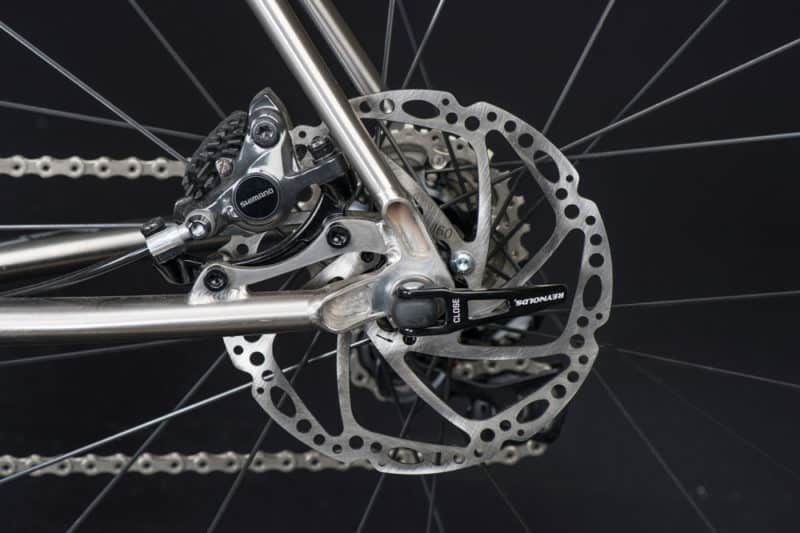 The Vaaru V:8 is an elite road racing frame created for cycling technophiles. Designed without compromise, the V:8 takes the best of road bike technology and utilises it in this disc brake, Shimano Di2 specific titanium road bike.

The V:8 is available to buy online as Frame Only (includes frame, headset and seat clamp) or Frameset (includes frame, headset, seat clamp and F:160 forks). For clients who would prefer for us to build their bike we like to offer an appointment service where we can discuss your style of riding, fit you to our bike and help you choose from a wide range of components and finishes. Please contact us if you would like to find out more about our fully built service.

A V8 to suit a true classic car enthusiast. This V8 bespoke titanium bike build was designed for a customer in U.S.A to complement his classic car. This titanium looks absolutely stunning part painted in Moonlight Blue and accented with silver.

Wheels are an important choice when buying a disc road bike. The benefit of a carbon fibre rim comes into its own when owning this bike. Take advantage of using wheels designed specifically for disc road bikes. Rims can become lighter due to not having to reinforce the braking surface due to heat build up from rim braking. Weight saved from the rim is counteracted by a few extra spokes to withstand the disc braking forces, a few extra spokes means a stiffer wheel, increasing performance.

Each of our Vaaru frames is available as a frame only, frameset, rolling chasis or as a completely bespoke full build.  Specify the components that you would like or let us recommend what we think will suit your style of riding the best.  We are careful to choose components that we think excel and have been engineered to last.

This version of the V8 has been built with –