Vaaru rider, James Ketchell, is counting down to his next adventure – this time an epic aviation challenge.

James Ketchell, author of the Ultimate Triathlon, and Vaaru rider is counting down the days to his next great adventure – the ambitious task of circumnavigating the world in an open cockpit gyrocopter. He seeks to make aviation history by being the first pilot to fly around the globe in this type of aircraft.

James aims to inspire 1,000,000 young people into following their dreams by committing to giving talks to schools in each country he passes through as well as scout groups (of which he is an ambassador).

“I’m passionate about helping young people. My plan is to visit a school in every country I fly across, sharing stories of fun and adventure, with the aim of leaving every young person with the belief that they can achieve their goals and dreams.

“I’m delighted to have the opportunity to support two amazing charities as part of this project. Their focus on helping young people to thrive and overcome huge challenges is very close to my heart.”

James will be flying through temperatures ranging from +40C to -20C and will have to cross open water for up to six hours at a time on route through Europe to Egypt, Saudi Arabia, Dubai, India, Thailand, Japan. From Russia he will cross the Bering Straits to Alaska. After travelling across Canada and the USA he will traverse the Atlantic Ocean landing in Greenland then Iceland and the Danish Faroe Islands before the 226 nautical miles back to UK soil, Kirkwall in Scotland and back to his starting point, Popham Airfield.

“I’m slightly nervous about the long Atlantic water crossing from Greenland to Iceland,” he says. “It’s six hours flying above water so I’ll have to manage my state of mind and stay positive. After all, that’s what I try to teach young people to do.

One of the many advantages with flying a gyrocopter is that it’s small enough to be able feel every movement whilst flying, just like feeling the boat and the way it moved when I rowed across the Atlantic.”

James will begin his journey on 31st March at Popham Airfield and we will be there to see him depart and wish him the very best of luck on his next adventure.

Watch A Video About James's Adventure

What is a gyrocopter?

A gyrocopter is a small rotary wing aircraft that uses an unpowered rotor in free autorotation to develop lift, instead of wings like conventional airplanes. An engine powers a back propeller that pushes the gyrocopter forward, forcing wind over the rotors and causing them to spin by aerodynamic forces through a phenomenon called autorotation. This generates air flows upwards through the rotor disc rather than down, creating lift.

What Does James Ketchell Ride? 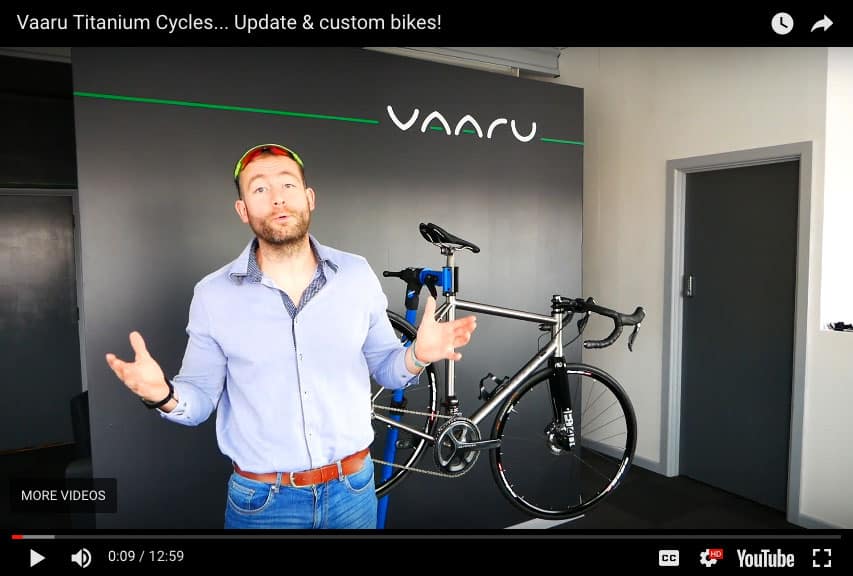 Watch the latest from VAARU HQ with James Ketchell James Ketchell, adventurer and VAARU Ambassador visited us last week to see what's new at VAARU HQ. Watch his short film for a first look at our new premises and a run through of our distance road bike the MPA and our adventure bike, the GTA. [...]

We invited James Ketchell to be a VAARU Ambassador when we learned that not only had he bought one of our bikes, he was riding around Britain on it and fundraising for a worthy cause too. Captain Ketch is a man worth listening to; in 2014, seven years after a serious motorcycle accident which broke [...] 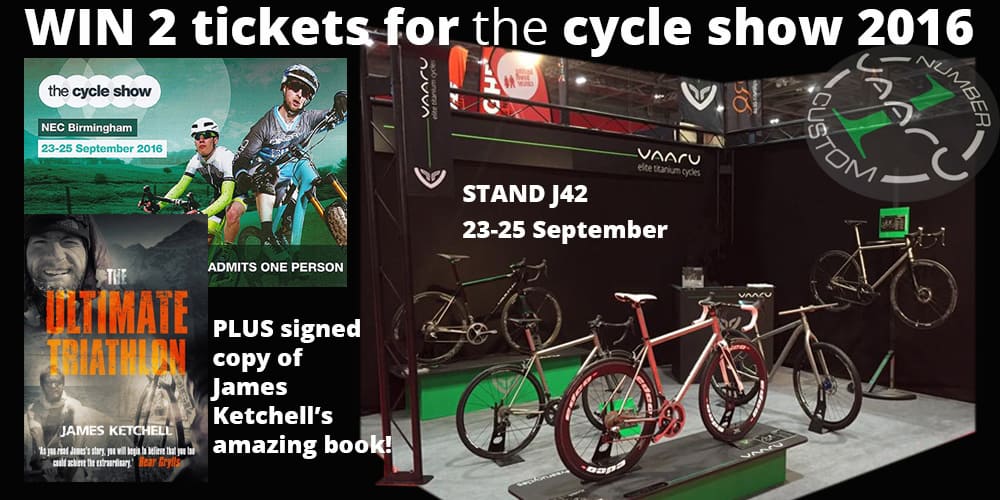 We are giving cyclists a chance to win two complimentary tickets to The Cycle Show along with a copy of ‘The Ultimate Triathlon’ signed by the author James Ketchell, serial adventurer and keen cyclist. James is cycling around the U.K. in aid of ‘Over The Wall’ on his VAARU Octane 6-4 and you can follow […] 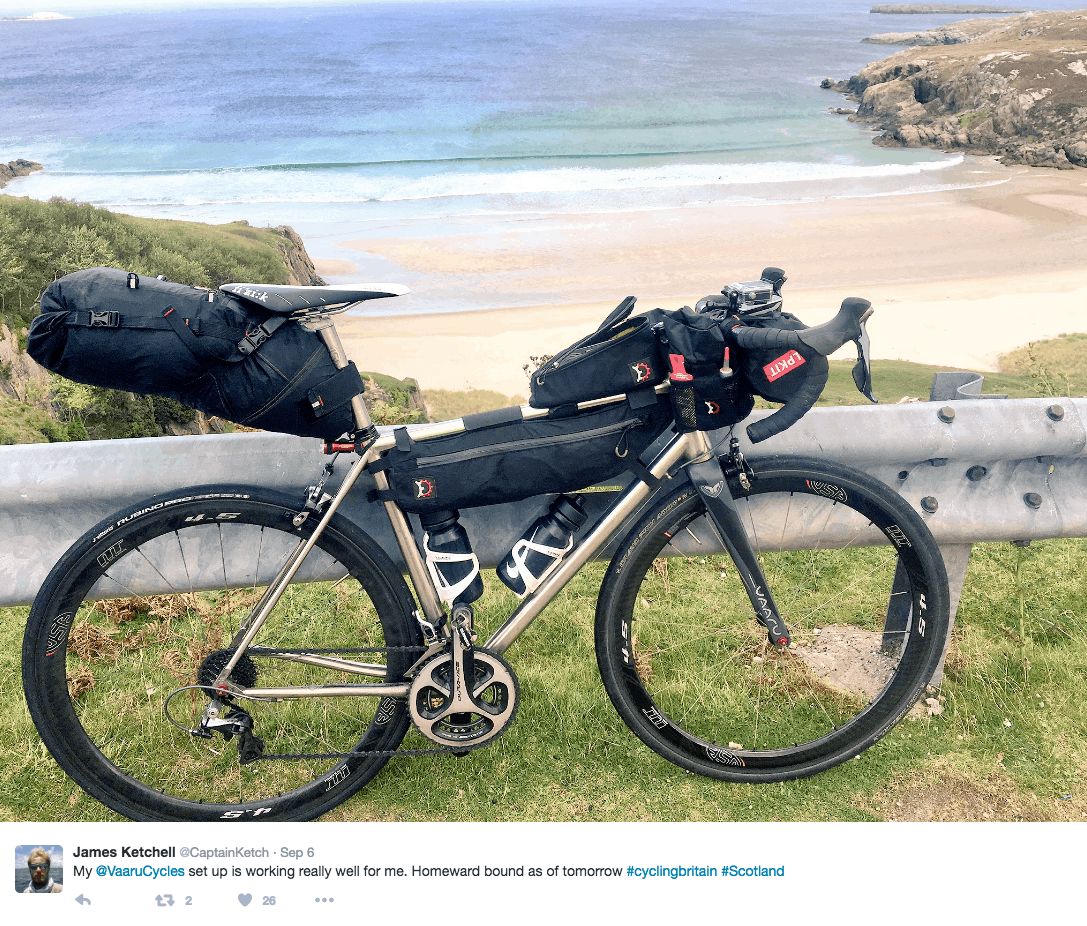 James Ketchell, author of ‘The Ultimate Triathlon’ is putting his VAARU Octane 6-4 through its paces by cycling around the U.K. in aid of the fantastic charity, Over The Wall , who provides life-changing camps for seriously ill children. James has already completed three outstanding challenges, he rowed single-handed across the Atlantic, reached the summit […]

James is Fundraising for Two Charities

Kindled Spirit is a charity with the sole aim of raising awareness and supporting the victims of trafficking, especially children. Based in the UK, they partner with Kshamata, a professionally run non-government organisation (NGO) based in Mumbai.
Kshamata have pioneered a model to support and rehabilitate the young survivors of sex trafficking. This model has proved so successful it is being copied by other, much larger agencies.

Over The Wall is a national charity that supports children and young people facing serious health challenges through transformational residential camps in communities across the UK. It was founded in 1999 by UK businessman Joe Woods, inspired by the inspirational camps being run in the US by Joe’s friend – the late Oscar winning actor and philanthropist Paul Newman.
Their vision is that all children and young people living with the challenges of serious illness and disability can access camp programmes free of charge.